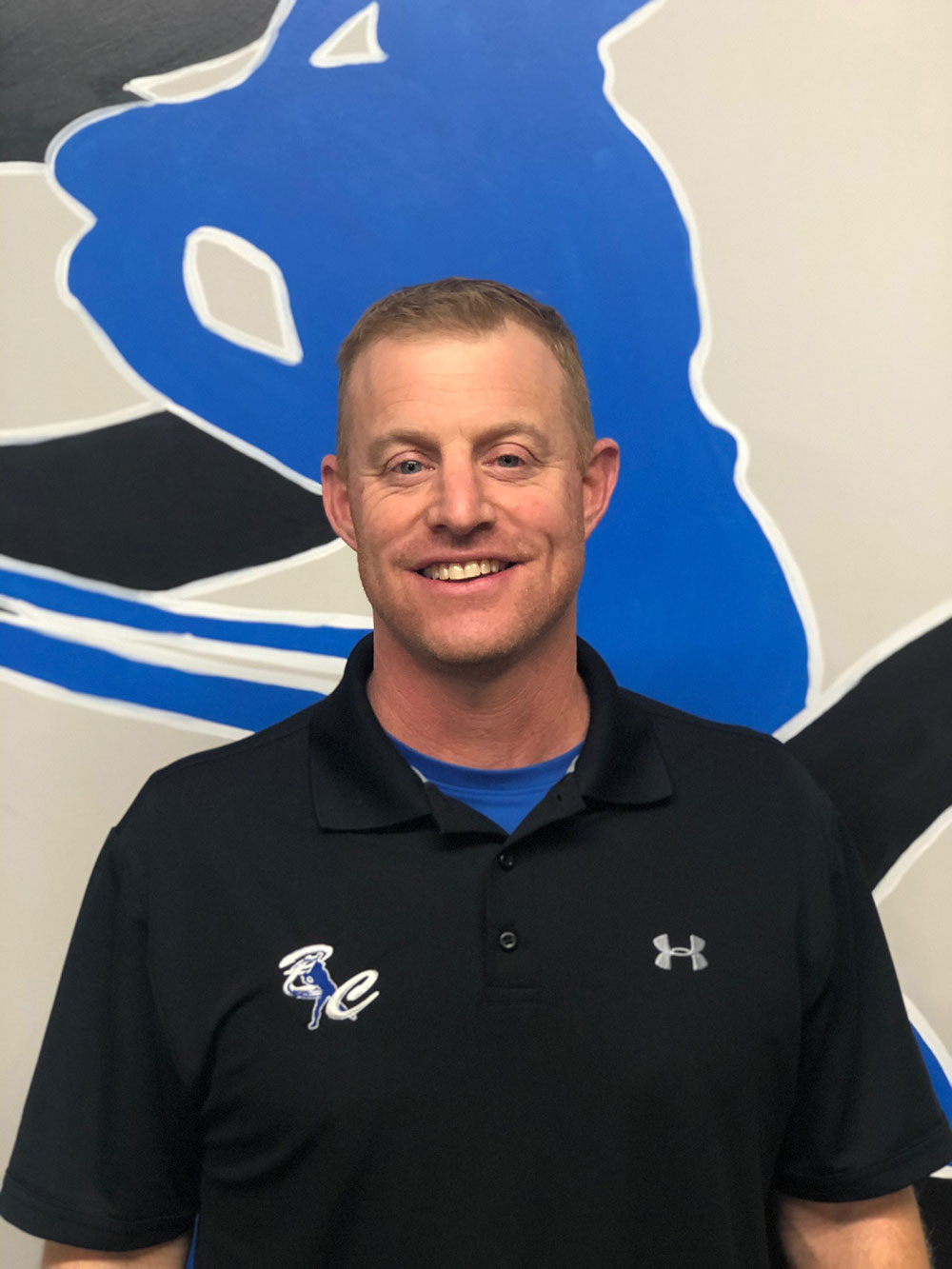 Shawn Hughes spent 18 years coaching college baseball at the NCAA D2 and NJCAA D1 level. For 11 years he was the Assistant Baseball Coach/Recruiting Coordinator at Cisco College in Texas (2004-2015). While at Cisco, the team finished in the top 15 nationally in batting four of the last seven years, went to a regional five of the last eight years, earned one World Series appearance in 2012, and had 40 athletes graduate and transfer to Division 1 schools the last four years he was there.

Prior to Cisco, Shawn was the Assistant Baseball Coach at West Texas A&M University in Canyon, Texas for six years (1999-2004), and the Pitching Coach at Howard Payne University in Brownwood, Texas one year (1998). Hughes played seven seasons of minor league ball, where he was on two league championship teams, was elected to three all-star teams, won the Home Run Derby in the 2003 All-Star Game, and won a league MVP award in 2000 with the Amarillo Dillas.

Hughes attended Howard Payne University where he received All-American honors as a catcher in 1996 and graduated with a Bachelor’s degree in marketing with a minor in communications. Hughes earned his Master’s degree in Sports and Exercise Sciences in May of 2000 from West Texas A&M University. He received certification as a Strength and Conditioning coach with the NSCA in 1999 and spent the 2001 season as a strength coach with the Los Angeles Dodgers’ AAA team in Las Vegas. Shawn has also spent two years as a personal trainer, two years as a Wellness Coordinator, and was also in charge of planning and implementing the Strength and Conditioning programs for the baseball teams he coached.

Recently Shawn has taught classes and done academic advising at Pellissippi State Community College and has worked with a local high school as the S&C coach for their baseball team. He has also coached youth teams and done private instruction at BC Athletics in Knoxville, TN.

He and his wife, Angela, have one son, Griffith, who is a Sophomore at Carson Newman University. 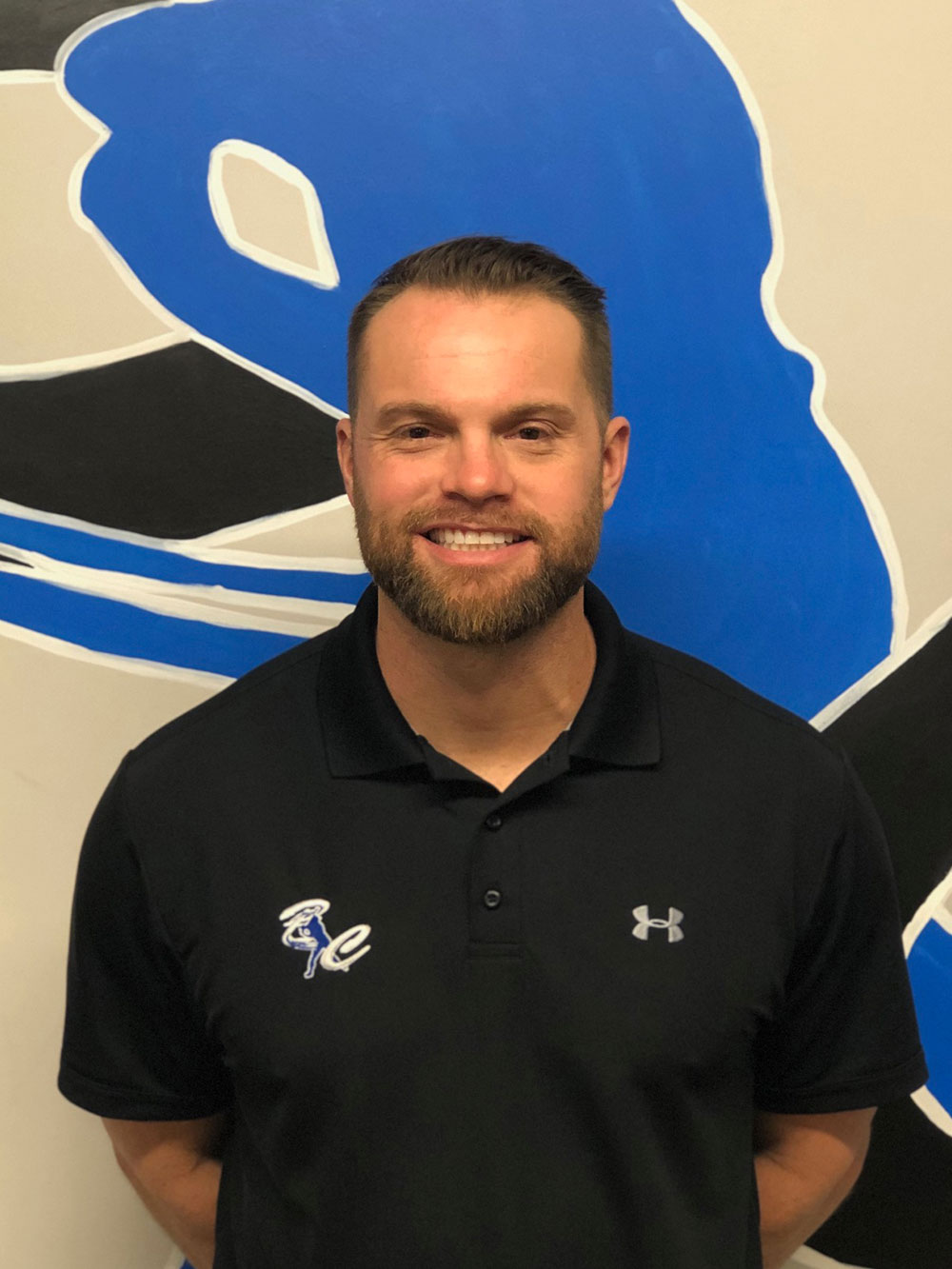 Brett Carroll is a Knoxville native and Bearden High School graduate. Brett received a baseball scholarship to Middle Tennessee State University where he was a 1st team All-Conference player and was drafted in 2004 during his junior year by the Florida Marlins.

In June 2007, Brett made his major league debut with Marlins on Father’s Day against the Kansas City Royals. His professional career spanned over 11 years with parts of six years in the Major Leagues with the Marlins, Nationals, and Brewers and also spent time in the Red Sox, Blue Jays, and Pirates organizations.

Brett’s first Big League home run came against Hall of Fame pitcher, Randy Johnson. He is the only player in MLB history to hit a home run and triple off Randy Johnson in the same game.

In the fall of 2011, Brett was invited to play for TEAM USA in the World Cup and Pan American Games where he won a Silver and Bronze medal.

Brett’s desire and passion is to help develop and impact the next generation of student athletes by making a difference in their lives both on and off the field.

Brett is married to his wife Heather and has 2 daughters, Bailey and Georgia. 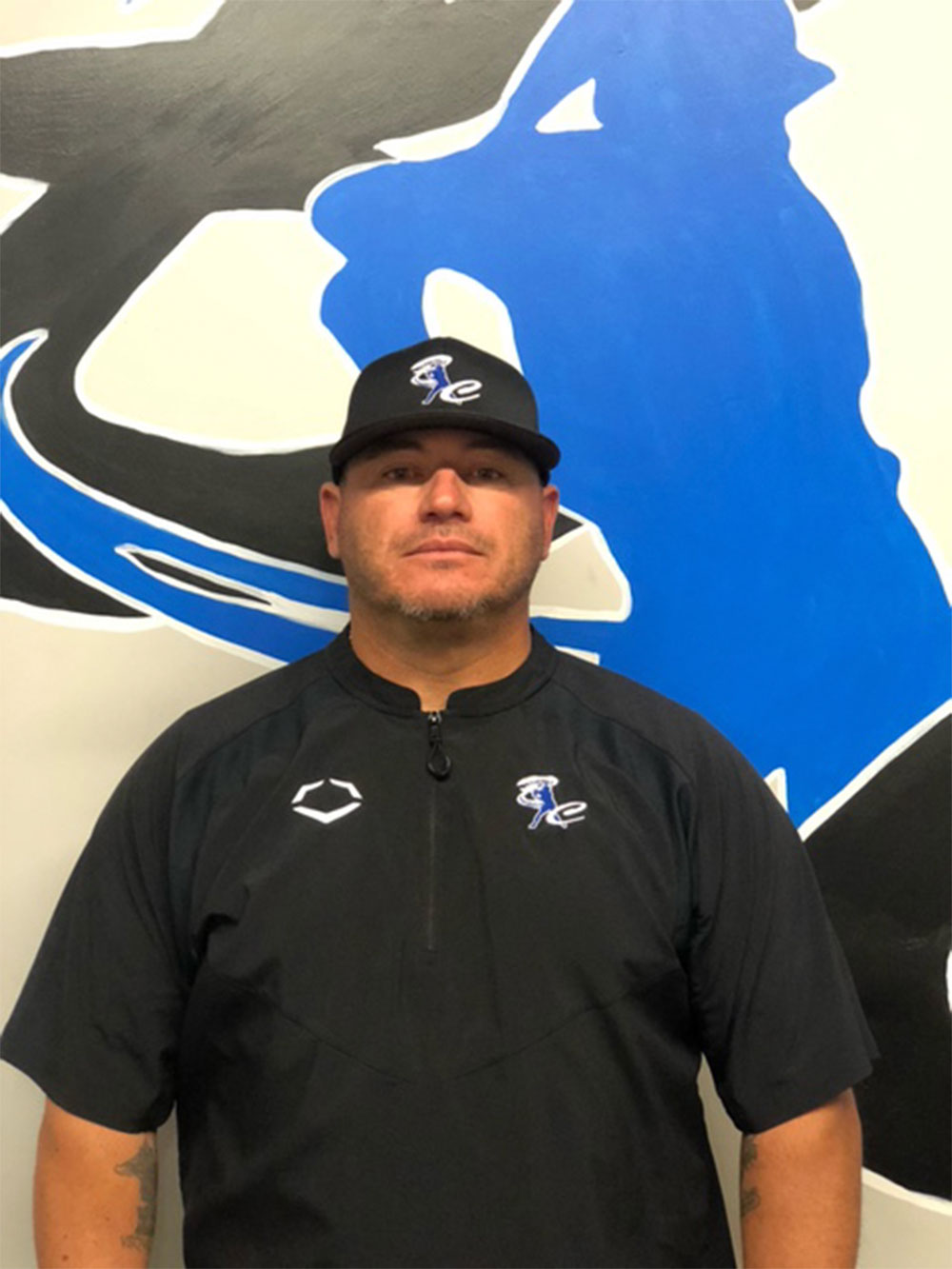 Mike Spears has 20+ years with playing/coaching experience with five of those years pitching professionally. He has worked with College, Minor League and current MLB Pitchers and was a former College Coach at San Diego Christian.

His goal is to assist pitchers with development in their mechanics, mental aspects of pitching along with performance. He brings passion, desire and a very strong work ethic along with strength and conditioning knowledge. He wants to share his experiences and educate players on and off the field. 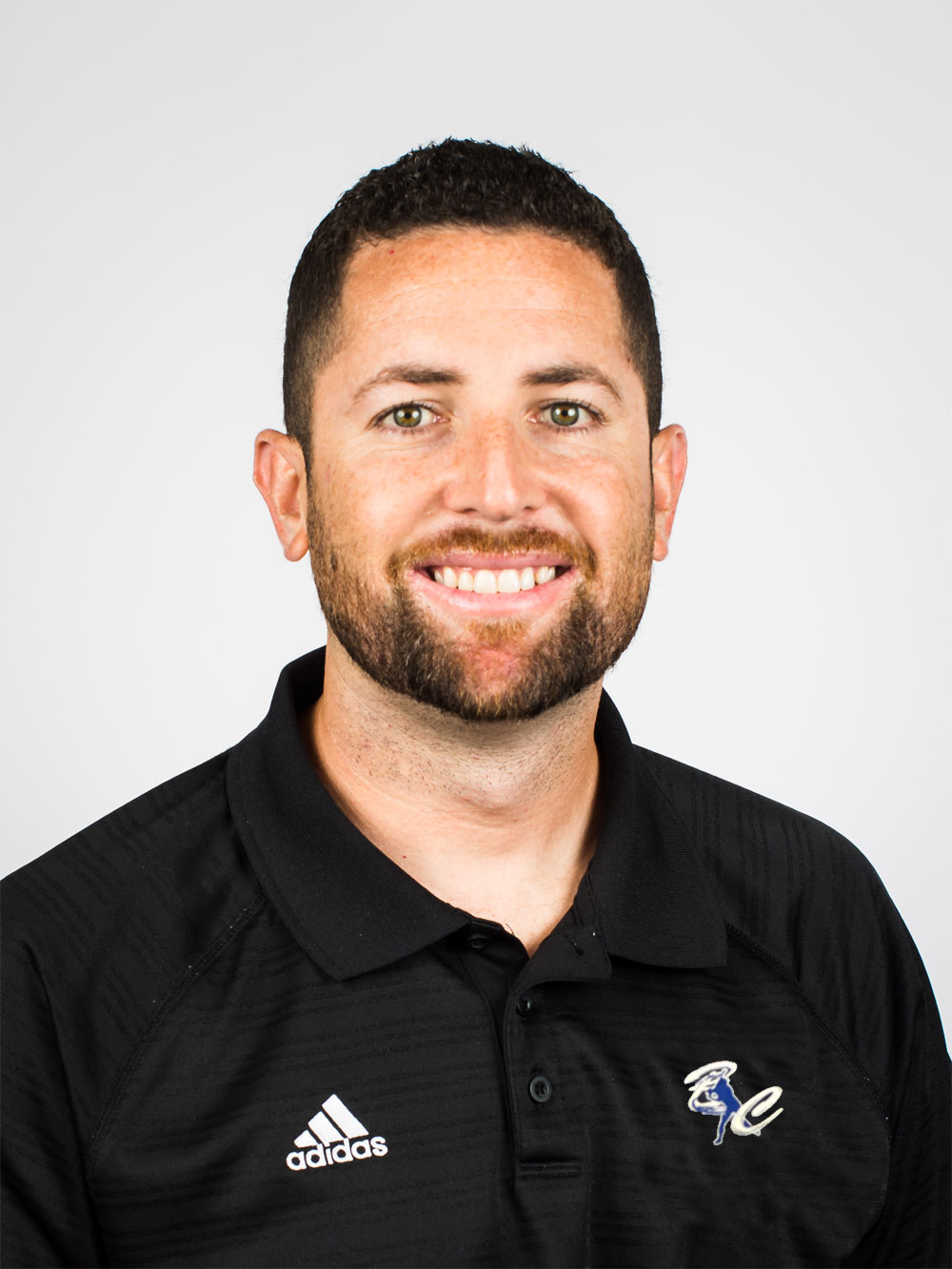 After working out for 25 different colleges in high school, no school offered Mario a spot on their roster. He finally found a school 2,000 miles from home and eventually turned that opportunity into a pro playing and coaching career.

Since his playing career ended, Mario has worked as a consultant to some of the top baseball entities in the country.

Mario brings tremendous experience serving as a hitting consultant for professional baseball players from 14 different MLB teams. His clients have included a National League Rookie of the Year, World Baseball Classic MVP award winner and three 1st round picks in the MLB Draft.

He’s also served as the Executive Vice President of Redeemed Sports Management, a sports agency that has represented players from three professional teams.

He’ll be developing a hitting curriculum for players at BCA that will reflect the success he’s had at the Major League level. 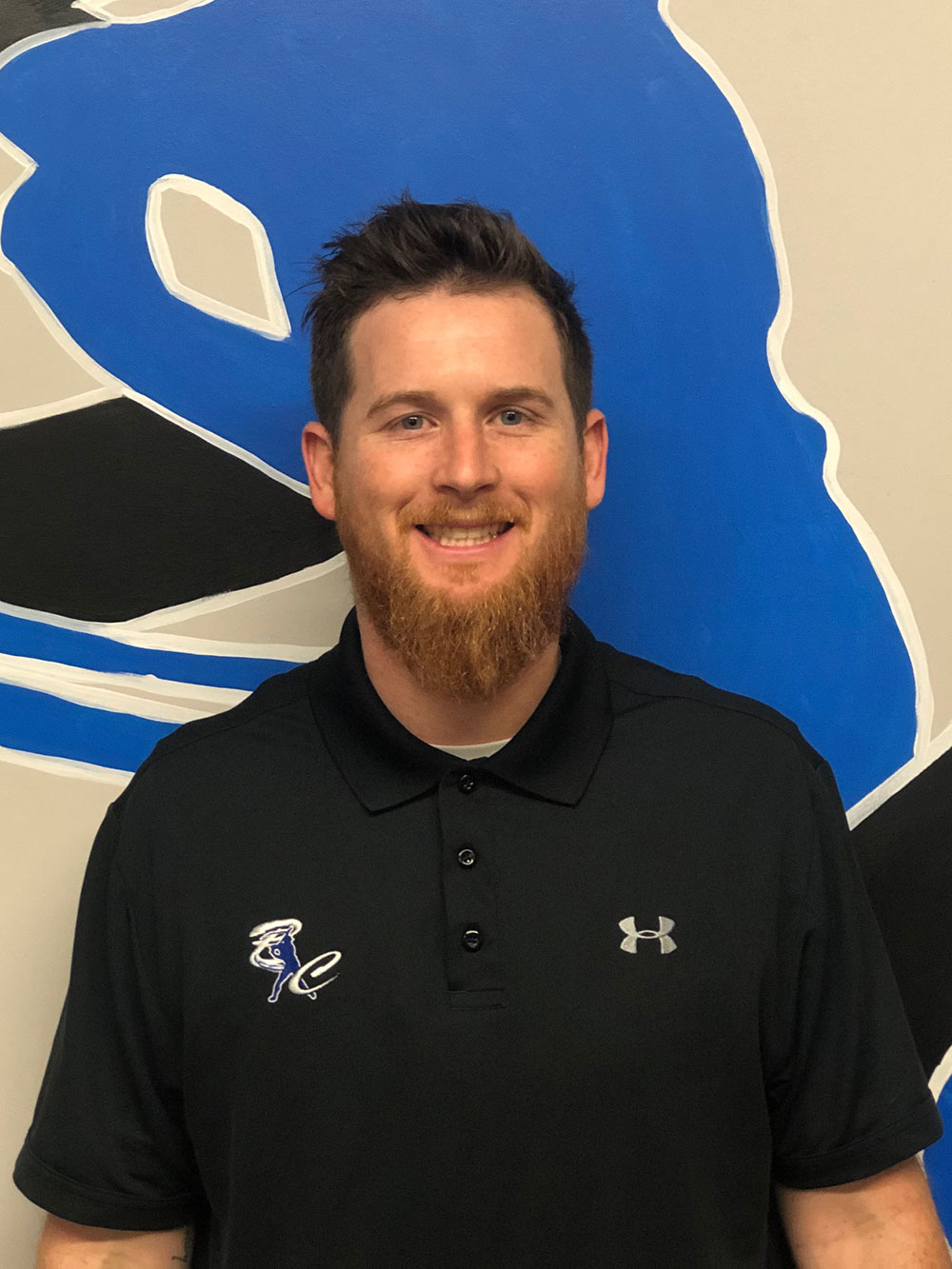 Tyler played High School baseball for Neshaminy High School located in Langhorne, Pennsylvania and graduated in 2009. Tyler originally went to Lock Haven University, but had Tommy John Surgery and ended up transferring to Eastern University where he spent his last three years playing. While at Eastern, Tyler Played outfield and earned All-Conference honors and was nominated for the Male Athlete of the Year award following his junior season campaign. Tyler has since Graduated with a degree in Business and has been dedicating his time towards developing, inspiring and mentoring young men through the game of baseball. 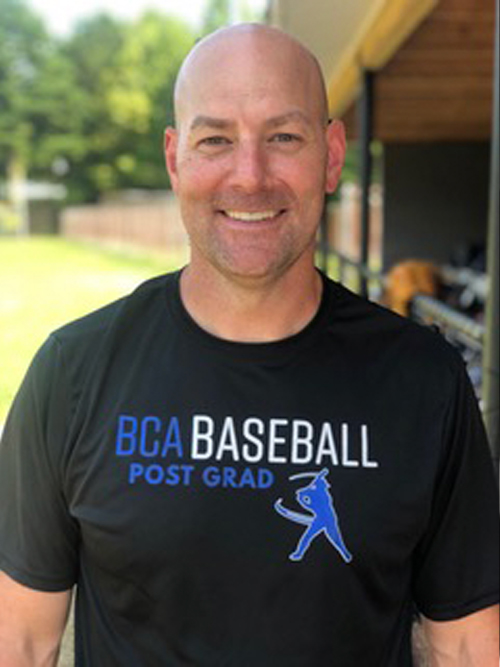 Jesse Started his collegiate baseball career at Carson-Newman before transferring to Maryville College, where he was a 3-time All-Conference and All-South Region outfielder. His other accolades include being ranked seventh in the nation in stolen bases in 2001, being named MVP of the 2002 Great South Athletic Conference Tournament, and making the 2002 Great Lakes Summer Collegiate League All-Star team.

After graduating in 2003, Jesse enlisted in the military and received his commission as an officer in the Army in 2007. Jesse’s military service includes deployments to Iraq and Afghanistan, as well as assignments with Special Operations Command, Africa and U.S. Army, Europe.

Along with serving in the military, Jesse has worked in vocational ministry for several years. His primary role with BC Athletics is serving as the organization’s Chaplain. Although Jesse loves encouraging young players to better themselves on the field, his primary passion is seeing them develop a personal relationship with Christ that will last well beyond their careers in baseball.

John brings a wealth of knowledge and coaching experience to BCA Post Grad that we are fortunate to have. Over 20+ years of College coaching experience, 4yrs of Professional Baseball, and 3 yrs of High school baseball as well as Athletic Director. Coach Barlowe also has 10yrs of experience coaching in the Southeastern Conference at Vanderbilt University as well as Head Coach at the NAIA level. He has also manage the Yarmouth Dennis Red Sox in the Cape Cod League that is devoted to the top college players in the country. Coach Barlowe is a great teacher of the game and recruiter as well as instilling high character into his players. 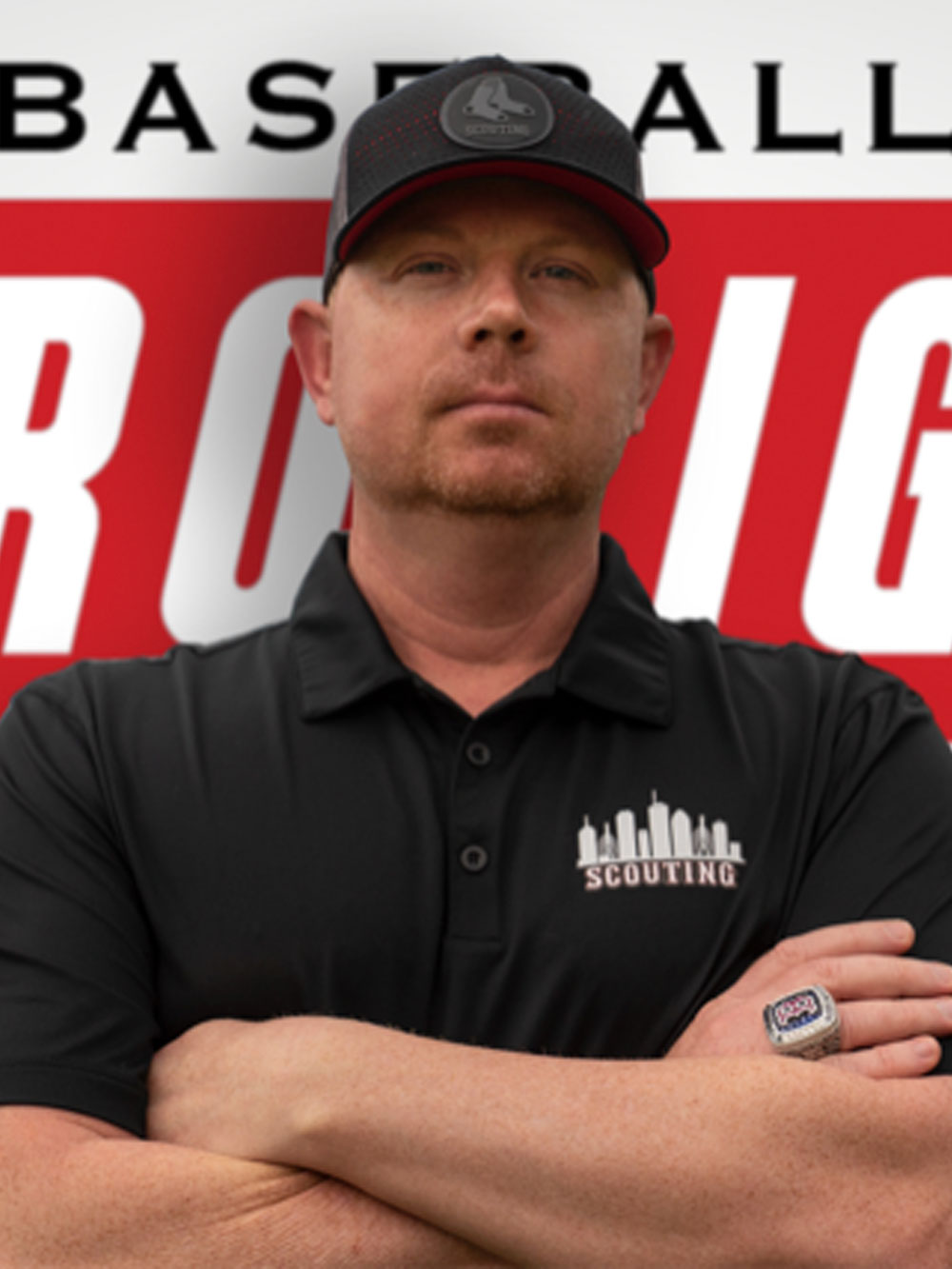 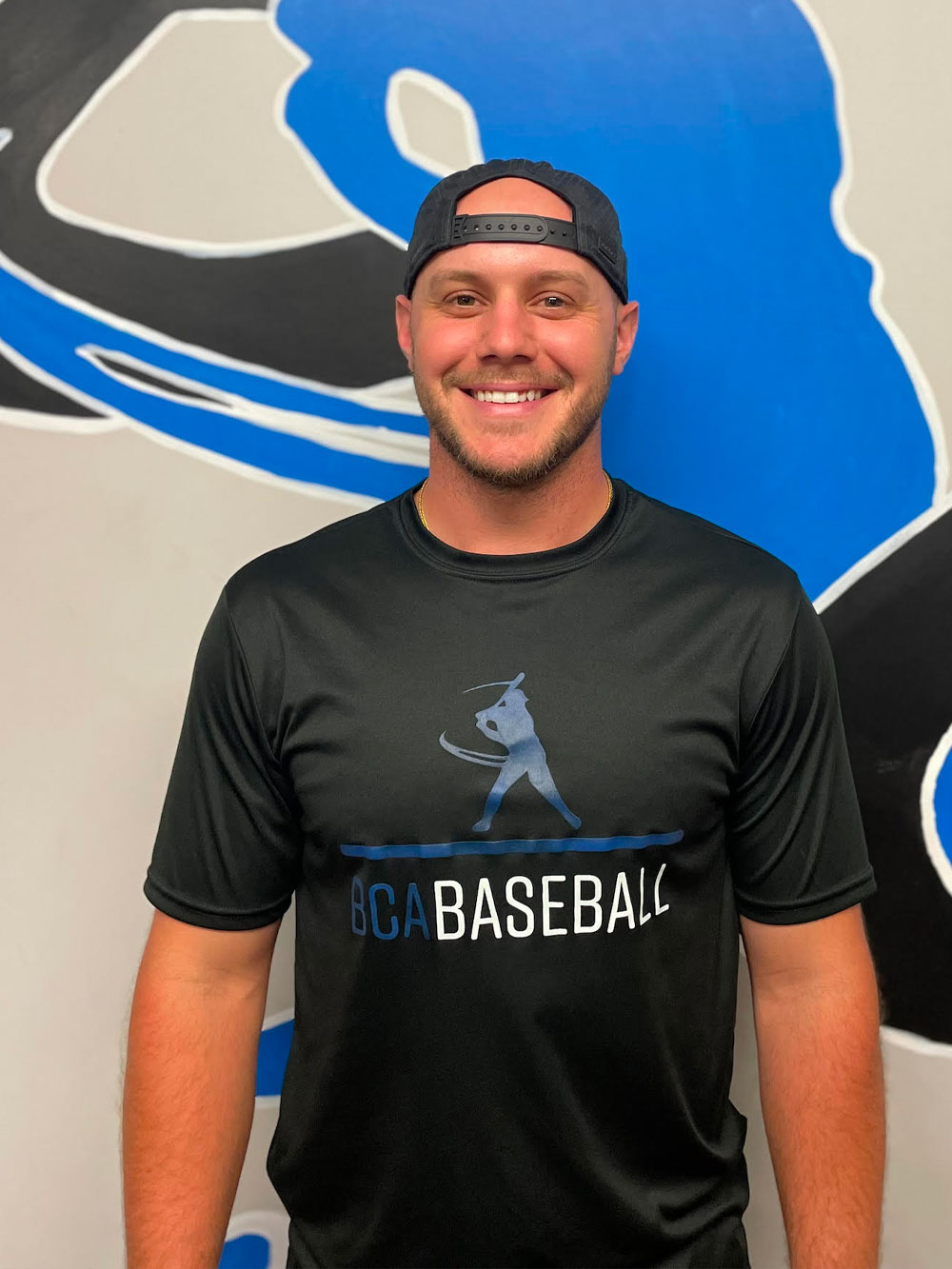 From Knoxville,TN and attended Hardin Valley Academ where he helped win a State Championship in 2015. Played College baseball at Southeastern University and Carson-Newman University. Also played professional baseball for the Santa Fe fuego in the Pecos League for a short period of time. During his career, Coach Dom was a primary middle infielder with experience playing corner infield and outfield at all levels. Coach is also a certified professional trainer.

The process begins by clicking the “Join The Team” button below to fill out and complete our Recruitment Form.

You’ll be contacted by our Recruitment Team who will answer any questions and help you through the admissions process.

After finishing your Admissions Process, you’ll join us in Knoxville, TN for nine months that will change your life.
Get Recruited

Can you disappear for nine months to become the player, person, and student athlete you desire to be?